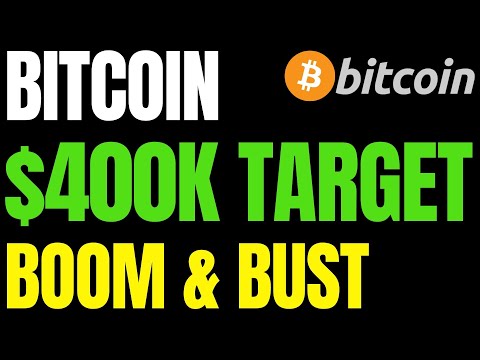 Good morning! I put 10-11 hours into the mining pool yesterday, so I wasn't able to post any thoughts then. I'm working to get the system as debugged as possible before a demo on Thursday to some miners.

Did you know that altcoins can randomly change algorithms? Neither did I. Apparently, some coins have code in them to automatically switch algorithms at a certain block number. You can be mining a coin, and then suddenly the next block isn't compatible with your equipment. I actually had to add a new error message to the system of "algorithm changed" to deal with this issue.
It seems that many of these changes are to move from scrypt to other algorithms. To me, that seems like a huge mistake that will cause most of those coins to die. With scrypt, you have many GPUs and ASICs available to mine the coin, and will achieve a much higher hashrate. Changing to an "ASIC-resistant" algorithm lowers the barrier to entry to bad people.
Some of these coins have current hashrates as low as 20Mh. That means that anyone can 51% attack the network from scratch with just 20Mh, or about $6000 at today's prices of graphics cards. They can just move onto the next coin after that. Meanwhile, coins that stick with algorithms where ASICs exist don't have this problem because ASICs are hard to obtain and are useless if the coin is killed.

I suggested earlier this week that the price uptick in anticipation of the upcoming auction should begin today. Sure enough, the price rose $10 overnight, although 2% is hardly proof of any trend. I would expect price rises to continue later today. The price will reach a high either on Thursday or Friday, with perhaps the second-highest volatility in bitcoin's history on Friday. It's unlikely that volatility will ever surpass that Mt Gox crash in April 2013 where technically the price fell to $50, although nobody was actually able to buy at that price since the system was inaccessible.
Friday is one of those days like November 18 where the price could be rising $100/hr at times. Expect a correction next weekend.
As to what the ending price of the auction will be, that's a little harder to say. My first thought last week was around $1k for the highest bid, and some people in /bitcoinmarkets had suggested that, too. However, since there are so many blocks for sale, it's possible that the average price could be $800, while the highest price is an outlier.
Why would I suggest that people would bid so high? Because this is the upward side of the bubble cycle. These investors can read lowstrife's and moral_agent's charts and recognize that $1k is below the all-time-high of the previous cycle, which means that it would be unprecedented for bitcoins to ever fall below that figure again as this cycle ramps up. I do not believe that the price will close above the all-time-high because there is no reason to buy so many bitcoins now when the money can be invested in stocks and then the bitcoins purchased later at the same price.


More evidence of a tech bubble

The latest evidence of a tech bubble, which I mentioned last time, is in the form of a company called Uber. Uber develops software that allows people to hire unlicensed private cars for transportation. Taxi drivers staged a demonstration in protest of the company.
If people thought that bitcoins were a risky business to be in, I can't think of many business models that have more legal hurdles than that one. Despite that the company will likely be sued out of existence after the first accident, they are valued at $18m.
It seems that anyone can just throw together an app today and get VC money with no realistic business model. "Yo," at least, does have a "viable" model - sell the company to facebook for a few million bucks, then create a new app and do it again.


Cryptocoinsnews rejoices in its luck

The analyst at Cryptocoinsnews apparently reads moral_agent's bubble charts and is highly critical of them, as evidenced in his latest article about bitcoin prices. In it, he gloats that his prediction of a correction to $520 was correct. Of course, if you predict that the price is going to fall every single article, then you will be right at least once (just not when you say that bitcoins will be worth $120 in mid-May).
If you do a Google News search for bitcoins, Cryptocoinsnews is getting themselves up in the results with the likes of the Washington Post and the Wall Street Journal. How they do that is a miracle of SEO. I wanted to post a link here to the article that was posted on Friday, but it isn't on their front page anymore. If someone can figure out where that "price report" is, please link to it.

The Bitcoin price and the total network hash rate. The Bitcoin network hash rate is growing at a rate of 0.4527678% per day. This means if you buy 50 TH/s of mining hardware your total share of the network will go DOWN every day compared to the total network hash rate. Our calculator assumes the 0.4527678% daily increase in network hash rate that has been the average daily increase over the ... We move fast. Send us your email, we'll make sure you never miss a thing! Find out if it's profitable to mine Bitcoin, Ethereum, Litecoin, DASH or Monero. Do you think you've got what it takes to join the tough world of cryptocurrency mining? CryptoCompare needs javascript enabled in order to work. Follow these instructions to activate and enable JavaScript in Chrome. PC. To the right of the address bar, click the icon with 3 stacked horizontal lines. From the drop ... Binance Coin Kurs in Realtime mit Chart, Preis, Trades, Volumen, historischen Daten, Forum und Kursalarme. The tool is displaying a chart of current mempool transactions ordered by fee value. This makes it easy to choose the optimal fee for your transaction based on confirmation time. Just pick a time period and use the suggested fee. We are using Bitcoin Core's embedded fee calculator. Different time periods are in different colors. Use the first green value if you want your transaction to be ...

What to Expect from BITCOIN in the Coming Week? BTC Technical Analysis

Bitcoin just BROKE OUT as expected yesterday! Continuation trade is going very well for Bitcoin! What is the next target? $9´400 for BTC USD??? 🔶 ByBit FREE ... Join our Discord!👉 https://discord.gg/profits Daily Crypto, Bitmex, Stock, ETF, & Forex Signals: https://www.tradersprofitclub.com Subscribe to our channel! ... Bitcoin has corrected down to $7,950, and the move may only have just begun. Bitcoin currently sits dangerously below the 20 DEMA, leaving the Bitcoin rally Bitcoin has found itself in for months ... Bitcoin is consolidating on low volume which sets the chart up for some volatility. Will Bitcoin break to the downside or make another run back up. Mark will take you through the targets to look ... Here are the coins I've gained the most interest in throughout this discounted season of prices including Bitcoin ($BTC) and Ethereum ($ETH) Thank you all so...